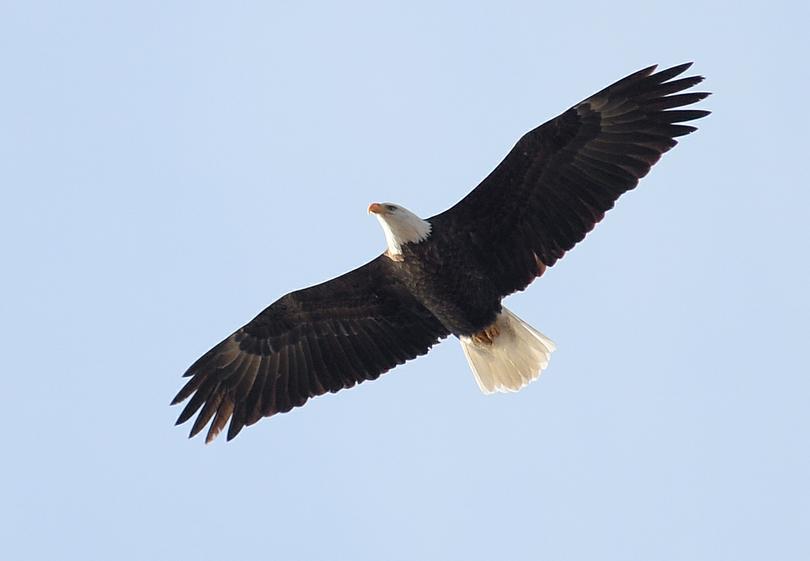 A kindly farmer once found a wounded bird in one of his fields. He took it home, tended to his wounds and then placed him outside in the barnyard to recover.

Strangely enough, the young eaglet soon adapted to the habits of all the barnyard chickens. He learned to walk and cluck like them. He learned to drink from a trough and peck the dirt for food, and for many years he peacefully resigned himself to this new life on the ground.

But then one day, a naturalist spotted the eagle and asked, “Why in the world is that bird acting like a chicken?” The farmer told him what had happened, yet the man could hardly accept the situation.

“It’s just not right,” said the naturalist. “The Creator made that bird to soar in the heavens, not scavenge in the barnyard!” So he picked up the unsuspecting eagle, climbed onto a nearby fence post, and tossed him into the air. But the confused bird just fell back to earth and scurried off in search of his feathered friends.

Undaunted, the man then grabbed the eagle and climbed to the top of the barn. As he heaved him off the roof, the bird made a few halfhearted squawks and flaps before falling into a bale of hay. After shaking his head a few times, the eagle then made himself comfortable and began mindlessly pecking at pieces of straw.

The naturalist went home that night dejected, and could barely sleep as he remembered the sight of those powerful talons caked with barnyard mud. He couldn’t bear the thought, so the very next day, he headed back to the farm for another try. This time he carried the eagle to the top of a nearby mountain where the sky unfolded in a limitless horizon.

He looked into the eagle’s eyes and cried out, “Don’t you understand? You weren’t made to live like a chicken! Why would you want to stay down here when you were born for the sky?” As the man held the confused bird aloft, he made sure the eagle was facing into the brilliant light of the setting sun. Then he powerfully heaved the bird into the sky, and this time the eagle opened his wings, looked at the sun, caught the updraft rising from the valley, and disappeared into the clouds of heaven.

This is the story of man’s transformation. Born free to soar into the sky but gets conditioned due to the growing up environment to stay small, powerless, limited and worthless. Even after he grows up, he lugs the conditioning of the past to feel safe and comfortable. His mind justifying his smallness through egoic designs. Till he is enabled to release his past, encounter his true self, shown the promise of the sky that he belongs to, held firmly with compassion and propelled unto the open space to embrace the sky.

If you have lived your barn-life enough, filled yourself with chicken feed and bored of playing small with your chicken-like peers, reachme@indroneil.com. You shall be enabled to kiss the sky.