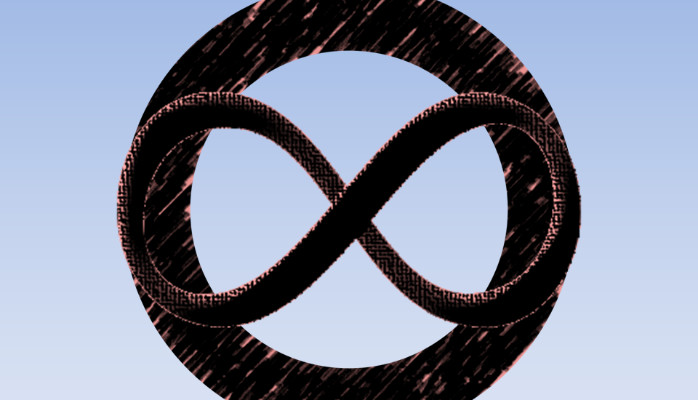 At the beginning it was a full circle – perfect whole and complete.

All that was, was encircled in this Holy Circle – the word ‘holy’ and whole coming from the same root.

Till man came with a curious mind to explore and exploit and create illusions of opposing realities – the good and bad, the right and wrong and the virtuous and the vicious.

He twisted the circle around its center to create the co-existence of the virtuous and vicious circles, thereby inventing for himself a never ending pre-occupation of passing from one to the other and called it life.

Not realizing that it is the same Circle of wholesomeness that he has fragmented, he assumed them to be two different worlds.

When perched in virtuous circle, he looks down upon those who are languishing in the vicious circle with an illusory sense of arrival.

And when down in the dumps, tucked somewhere in the vicious circle, he will play victim and cry hoarse to prove how the virtuous have wronged.

He feels trapped and deprived of the freedom of The Circle and tired of making meaning of the mess at the meeting point of the circles he has created. He struggles to come out of his world – the circle which he has assumed to be his home. Not awakened to the truth that the very nature of his circle of life is the same as The Circle. The collective intelligence of mankind carries the imprint of this primordial Circle.

For man to occasionally experience in moments of flux often arising out of his alternating between struggling and giving up.

These are those moments of truth when man gets to see, know and acknowledge the primacy of The Circle and his hand in twisting it to create the illusion of duality. It is in such moments The Circle gets untwisted to reveal its true nature, it vastness, it universality. And it is in such moments only that man gets a glimpse of his true home – the Home he came from.