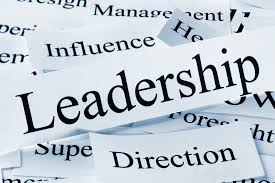 Leadership is one of the most favorite themes on which loads of research has happened and is still happening. Every other day there is a new framework, new approach or a new definition of leadership. It’s almost like explaining God – so many perspectives yet none so comprehensive. So many philosophies / mythologies yet very few grounded and practiced.

I am sure, you would have often wished there was one blueprint of leadership – a simplified leadership framework of sorts that embodies the essence of this phenomenon and offers a working model for leadership development. Something that brings an end to proliferation of leadership theories (which, to me, is an indication of a blur in understanding what leadership really is), embraces the different facets and paves a path for practitioners to follow.

My three decades’ journey of being led, leading and then enabling leadership as a leadership coach and enabler (which has been and continues to be driven with a need to see leadership in action) has got me working closely with and observing tens of thousands of individuals in leadership roles across functions and responsibility bands. If I was to look back at my experience of what made leadership work and cull out common themes, I see a simple framework emerging which is what can be called as a Five-I Leadership Framework.

This is a generic framework applicable to all variants of leadership – social, political, economic, business, customer, technology etc. etc. and yet, offers unambiguous measurability of all the elements, making the framework easy to apply and practice in any context.

The most primordial element of any leadership, in any function at any level is Intent – that one single-minded purposeful thought with a specific, time-bound, incredulous outcome that engages all qualities of an individual and magically garners support from outside, for fulfillment.

Called by different names – passion, conviction, aim, objective etc. – intent is not a passing desire, a wish or a want. By its very nature it is the manifestation of one’s purpose and helps the leader to integrate her role with her core self, bringing in proactivity and creativity.

The stronger and clearer the intent is, more effective it is in providing velocity to the leadership role.

Taking initiative is about demonstrating one’s conviction in the intent. It is spontaneous and sustained action taken without waiting for anything or anyone, with a single-minded focus to achieving the intended outcome.

Taking initiative involves making conscious choices and taking personal responsibility of the outcome. It is about moving away from authority to autonomy, freedom being the desired state of co-existence.

Initiative brings about a sense of significance in the leader, making her ready to confront roadblocks and work towards collective growth and progress.

Man is gifted by his predecessors with this extraordinary capability which helps him to sense and know much more than what his mind can comprehend and conceive. It’s about listening to the unsaid, sensing and ‘picking up’ the not so obvious, with the whole body, and allowing oneself to respond in the moment. It is the leader’s instinct – her ability to sense subtle messages – that helps her to pre-empt blocks and decide on work-around, well in advance, as response.

It is only through this Instinct that the leader engages and interconnects with fellow beings at an emotional level and enrolls them by building bonds of trust and compassion.

Influence is a benign manifestation of an individual’s personal power, seeping like a contagion of out her open self. It’s the ‘power of presence’ and as a prerequisite needs the leader to step out of his limited position and uphold the limitlessness that she has been endowed with, as a human being.

Like any other contagion, this emotional contagion works directly and directly on all those who are present in the circle of influence, including those in the cyber world. It travels through the bond built through instinct to enable and inspire all interconnected stakeholders, to lead them through the intentful journey and make them a party to causing the intended Impact.

In the act of influencing the leader demonstrate extraordinary openness and authenticity, self-disclosing and even receiving feedback.

Impact is a super-ordinate goal that the Intent had set out to achieve. It’s beyond short term aims and immediate objectives and inculcates a sense of missionistic pride and ownership in the leader and inter-connected stakeholder. This is often also referred to as vision.

This is a spiraling journey, starting with Intent and culminating with Impact. At the end of every cycle, the innate Enthusiasm in the leader propels her to a new, higher orbit, to create a new purposeful Intent and seek a new super-ordinate Impact.

The critical success factor in this spiraling journey is the handshake between Intent and Impact. For each cycle, Intent invariably encompasses an Impact, the direction and quantum of Impact tells about how intentful the journey was.

A very important piece in this framework, the center-piece that holds the Five-Is, is Enthusiasm.

The source of the word is the Greek enthousiasmos, which ultimately comes from the adjective entheos, “having the godwithin,” formed from en, “in, within,” and theos, “god.”

From a mindset perspective, it means carrying a certain belief in being guided by ones higher self across the Five-Is, through subsequent cycles of the spiral, without relent.

I hope this post will clear many a doubt, many a muddle in the minds of aspiring and practicing leaders. More importantly, I hope it will de-jargonize and de-mystify leadership as a concept and help individuals to get in touch with the Five-Is, which is innately present in all of us, to uphold them for actioning. With enthusiasm, of course. 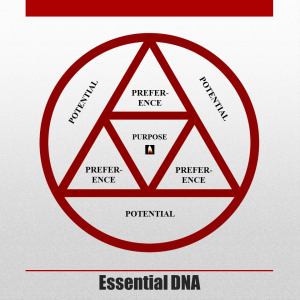 Roots to Fruits: Insights Into My Practice of Transformational Coaching

I count myself lucky for having had your mentorship and coaching. You have been a great asset to my...