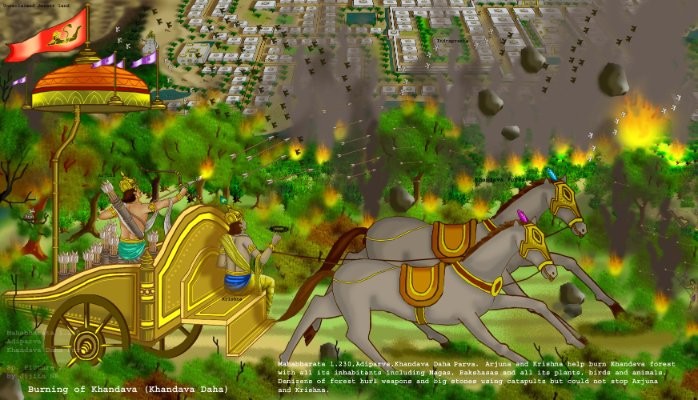 I have been consciously using the word ‘enabling’ ever since 2001 not knowing how loosely it will be used to mean almost anything and everything to do with facilitating, helping, guiding, coaching, mentoring and sorts.It was never meant to be so. A word that will be misused to make things look good, as glib marketing act.

Enabling, to me, has a distinct connotation, backed by certain principles and differentiated by certain qualities when used in connection with human processes. Just as training and facilitation have been used inter-changeably, the later often sounding more cool and hip, so is enabling now used to sound more classy, more arrived. So, to start with let me first get this mess sorted. While in training one is concerned more with delivery of information and content, hoping and praying some subservient souls will take in all that is dumped and convert it into learning, in facilitation it is process of learning that is facilitated in an attempt to bring about some shift in the behavior of the learner.

Enabling, in contrast, starts with a clear commitment to cause an impact to the context and deals with all three simultaneously. Never mind what is the content or what is the process, for an enabler the context and a clear impact to it is the eye of the fish. An enabler, thus is not stuck to any subject-matter expertise, facilitation methodology or training tool-sets. She is through and through driven by the need for impact and keeps responding in course of the enablement process with approaches, frameworks and methodologies that are most appropriate in the moment to create the committed impact. Thus, by location, an enabler, as compared to a trainer or a facilitator is a server, a ‘sevak’, whose very existence revolves around an ordinate / super-ordinate goal related to the other.

The key distinguisher of an enabler is the nature of her presence. Having resolved her need to prove or to be relevant, popular and praised, an enabler has no need to ‘do’ anything, whatsoever. Perched on the central axis of the wheel of Time and Space she is acutely sensing and responding, all the time. Her actions are never reactions. They always originate and move out authentically from the center of her existence. Just like the sun, radiating its creational energy to the lives that thrive in the solar system.

An enabler does not need or take any position of authority to draw power from to make things happen. Neither does she state that, like many a facilitator, who often carry coercive power around their implicit position of authority. The enabler instead comes with an awesome ‘essential’ (that emanating from the essence) power of presence which radiates all around like a contagion to infect, inspire and influence all that lives in its range of impact.

Despite carrying such pervasive power and influence, ironically enough, an enabler is often invisible and imperceptible. Because she does not ‘do’ anything to cause an impact, because she does not assume the authority of a position and because she does not come with any need of her own. Despite significant transformations happening due to her presence, the ordinary human mind so conditioned to honoring transactions, does not get to see and appreciate the causal relationship between the enabler and the enabled.

An enabler does not operate by design. She is driven. By purpose. To enable others. The making of an enabler starts with one recognizing this purpose and living it by choice. Through rigorous practice and sustained self-mastery the individual begins to uncover and exhibit the subtler energies of compassion (towards the other) and contentment (towards self). Character and competence soon start getting replaced by consciousness. The witness comes to life, as awareness, the primordial human intelligence becomes the driver.

Are you an enabler? Potentially or otherwise? Look back to connect the dots and see if you can spot a recurring theme of ‘making things happen’. For institutions, groups or individuals. Without any expectation, either way. If you can spot it, it is quite likely that you are a potential enabler.

Every system needs an enabler. Along with executives, experts and entrepreneurs. And if there isn’t one, you can be rest assured that the system, sooner or later, devoid of its life-force, will degenerate. While in the short run it may project an illusion of value-creation, from an eco-systemic perspective it will soon show up as a value-eroding agent.

There is severe dearth of true enablers all around. It’s a hard journey. Through roads less traveled. Without much assurance of worldly riches and fame. However, the boundless love, joy and sense of fulfillment an enabler receives, is often a precious enough reason for one to commit to this journey for a life-time and beyond.

If you sense a voice in you, as you read this post, that urges you to step out of your self-imposed comfort zone of smallness, if something seems to be beckoning you to step forth, if the cry of the ‘little man’ hurts you and wants you to enable his liberation, reachme@indroneil.com. You will find a co-traveler, a co-enabler and may be a guide to your journey of flowering.