You would have often heard people making statements like, “I am the dust of your feet. You are great.” Or “I am your disciple, you are my Guru. Bless me.” Or even, “I have left everything to his will. I have nothing of my own.”

And this is just the verbal part. This would be accompanied by complimenting non-verbal which will make you believe in the fake humility of the sayer. Not that she is deliberately faking. For all you know, the ego of egoless-ness has made a Trojan entry into her mind and taken charge of the drama.

There are other more familiar behaviors of such ego of egoless-ness. Visiting the place of worship (the Sunday Corner) to be seen as a pious God fearing person; donating food and clothing to the poor to be seen as benevolent and giving (giftivism being one of its modern day variant) and running charitable trusts to be seen as doing social good – these are also different forms of such ego.

I am sure some of you (who are plagued by this ego in your subconscious) are getting enraged reading this for you are not aware why you are doing whatever you are doing. You are not aware of the deep-seated conditioned motives that are making you a puppet in the hand of such an ego. Further, the acts of the ego of egoless-ness are so legitimized that, even if someone has a doubt about the motive, one does not point a finger. This makes the ego of egoless-ness the most difficult ego to deal with. The outside, which otherwise could have been a mirror to show you your blind spots, has already been neutralized. And you go scot free labeled as a humble, benevolent, dedicated, spiritual, religious, devoted, charitable person.

To understand this ego of egoless-ness, first let’s gets it clear that your ego is not an alien from another planet outside of you. It is in you. It IS you in your forgetfulness of who you really are. The moment you say I (which usually refers to a story of who you THINK you are), it’s your ego speaking.

The other characteristic of ego is that it sets you up into a comparing game. A comparison where you are one-up even if it is in a negative way. I am poorer, more ignorant, less capable etc. than you –  these all are expressions of your ego trying to be one-up in a not-OK state and setting you up in an OK state. The more familiar form of comparison of course is where the person gets one-up, trying to say, ‘I am ok, you are not’ – as in being seen in the light of goodness – setting you up to be in a not OK state, feeling condescended and patronized.

The ego is meant to protect you from a world which it makes you see as big, bad and ugly. And in doing so it makes you relentlessly acquire and hoard everything that will make you feel fortified and secure. Such acts of acquiring and hoarding (which are seen as acts of greed) wealth, position, power, fame, recognition, status, information, knowledge and even ‘likes’ on social media is also egotism. And when you garb this with a socially acceptable and sometimes even laudable behavior, it is, more often than not, the ego of egoless-ness.

As a Transformational Coach I have struggled with many of my clients to help them become aware of this ego and accept it. For, that’s the first step to dissolving all egoic conditionings. The method has been holding a mirror to show the deep-seated motive which can be seen through the chinks in the armor of feigned social goodness by the eyes of wisdom. However, this means challenging and threatening a carefully crafted self-image which often the client fiercely protects, even to the extent of lashing back. With a little courage, dollops of compassion and undeterred commitment, however, one can eventually get the other to acknowledge, especially when one is shown the toxic impact of this ego to the self and her surroundings.

It is this toxic impact that bothers me. That makes me take the initiative to reach out and enable such bemused souls. If you are one of them – the one with the ego of egoless-ness or an impacted victim – it is important you too reach out for help. For this could spread like a contagion, worse than a viral disease manifesting as crime and corruption, in different forms. 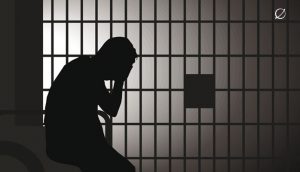 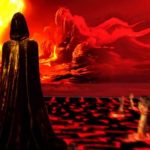 Curse of Brahma: are you affected?